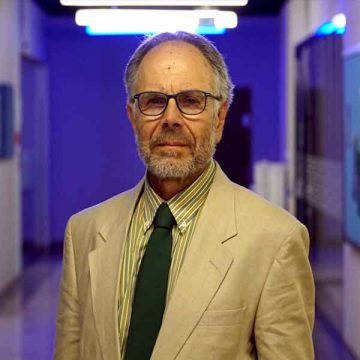 He completed his primary and secondary education in Ankara. He graduated from DTCF Philosophy Department in 1971. In 1977, he was appointed as an assistant to the Chair of Systematic Philosophy at Istanbul University, Faculty of Letters. In 1978, he received the title of Doctor with his work titled “An Essay on the Determination of the Principle of Simplicity in Positive Sciences”. Between 1979-1980, he worked at the I Institute of Philosophy at the University of Vienna. In 1982, he was appointed as Assistant Professor to the Department of Systematic Philosophy and Logic, Faculty of Letters, Istanbul University. He became Associate Professor in 1983. He received the title of Professor in 1988. He served as the Vice Rector of Istanbul University between 2004-2009.

He worked as a lecturer in the Department of Logic, of which he was the founder and chairman of the Faculty of Letters of Istanbul University between 2000-2015; He founded the Istanbul University Logic Application and Research Center in 2014 and served as its president until 2015; Between 1989 and 2015, he was the head of the Philosophy Department. He became the founding chairman of the Logic Application Association on December 16, 2014 and was elected as the first chairman of the Logic Association on January 12, 2015. He has been organizing the Logic Workshop since 2012 and the Logic Summer School since 2014.

Award
Prof. Dr. Mümtaz Turhan was chosen as the philosopher of the year by the jury consisting of the students and teachers of the Social Sciences High School. (2009)